Arabic is a mysterious language to many people on the outside looking in, including myself. So I was really glad when Donovan from the Mezzofanti Guild shared this awesome guest post with us. I’ll leave you in his capable hands.

I’ve been moving around the world on and off for about 12 years now, immersing myself in new cultures and learning different languages.

It’s something I’ve always been really passionate about doing.

But you know after over a decade of travelling the world and living in some pretty exotic places through new languages, I’ve always had one place and one language nearest and dearest to my heart.

No matter where I am in the world or what language I’m currently learning, I always feel something powerful inside me pulling me back here to Egypt and the Arabic language – my first love. 🙂

I jetted off from Australia to Egypt when I was 18 years old for my very first overseas trip as a clueless teenager who was barely able to speak a few sentences of Arabic. I ended up staying in a tiny village in Upper Egypt where not only was I the only English speaking person there but for many of the locals I was the first foreigner that they’d ever met.

It was as tough and intimidating as first travel experiences get.

But it was the most rewarding and life-changing experience of my life.

I’ve now been on a journey with Arabic for a long time, having become part of the community in Egypt and the Egyptian community in Australia. It’s a huge part of my identity now and I’m passionate about sharing it with people as often as I can to try and inspire them to pursue to learn Arabic.

So today I’d like to share a few reasons with you why you should definitely learn Arabic as your next language. 🙂

Get your free Arabic Starter Page!

Hey! Lindsay here. Before Donovan shares his awesome post with us, I want to let you know something cool. I’ve made a quick Starter Page for you to the Arabic language. Fancy it? Click below to get it fo’ free!

Over to you Donovan…

1. The Arabic alphabet is really simple to learn

The Arabic script is one of the most intimidating to look at for people who haven’t learned it but believe me it’s actually very straightforward and easy to pick up.

You can teach yourself to read Arabic script in less than a day if you want to.

There are three things that take getting used to however:

1. It’s written from right to left.

2. Most of the letters are joined together.

To most people it just looks like a bunch of squiggly lines all connected together but just think of it as you would think of cursive writing in English, except that it’s written in the other direction.

For example, here’s the word for ‘house’ in Arabic:

Three letters starting from the right. B Y T

See those little dots? That tells you what the letters are (in fact, I’d recommend new learners try just to memorize the dots before you even focus on the lines).

The first one has a single dot under it which is a B:

The second one has two dots under it which is a Y:

And the last one which looks like a smiley face (two dots on top) is a T:

There’s really no need to put off learning Arabic because of its script.

2. Arab people (especially Egyptians) are some of the easiest people in the world to meet and practice the language with

I’ve lived in a lot of places around the globe.

In the last couple of years alone I’ve lived and worked in The Republic of Georgia, Turkey, Ireland, Korea, Russia and Italy.

While I’ve encountered many truly wonderful people in all of those places, I’ve never seen hospitality toward strangers and friendliness comparable to what I’ve seen in Egypt.

I often say that when you live here, every time you step outside your front door you can be almost guaranteed to have some kind of an adventure and meet people who are very eager to speak Arabic with you.

Every day you come home with new friends. 🙂

In fact so much so that it can be socially exhausting at times because you’re always surrounded by people who want to be your friend and speak to you.

If you’re someone who’s a bit socially shy and struggles to practice speaking, Egypt will be like having a set of social training wheels on. 🙂

In comparison, when I lived in Korea for example it was much more of a struggle to meet locals and make new friends because of the completely different social dynamic. It’s not that it’s a bad thing of course but things just work very differently making random social connections a bit more of a challenge.

Since speaking as early as possible is so important to becoming fluent in any language, you can be guaranteed that you’ll have no trouble getting started to learn Arabic.

3. Arabic has really easy grammar compared to a lot of languages

Compared to pretty much every European language, Arabic grammar is a piece of cake.

In comparison to a lot of the complicated, grammatical headaches you get studying languages like German, Russian and Greek especially (languages I’ve studied in the past), Arabic is like a big breath of fresh air.

Here are a few reasons why:

1. There’s no neuter. Everything’s either masculine or feminine.

2. No need to worry about noun cases in spoken Arabic (classical and standard Arabic use short ending vowels to indicate cases but if you’re learning to speak a local dialect then it’s not an issue).

3. In the present tense the verb ‘to be’ is omitted (e.g. ‘You are beautiful’ is just ‘You beautiful’)

4. The definite article (ال) is indeclinable which means that ‘the’ is always the same no matter what you’re talking about.

5. Roots. Just about all Arabic vocabulary is made up of root/stem consonants that you can easily memorize.

For example, there are loads of words derived from the 3 letters K T B and they’re all connected in some way to ‘writing’. The verb ‘katab’ (he wrote), ‘maktab’ (office), ‘maktaba’ (library), ‘kitab’ (book), ‘kaatib’ (writer), ‘maktoob’ (written/writing), and so on.

You can see the similarity in all those words right?

All of these words come from the same 3 letters so even if you only memorized the 3 letters K T B, you could in many cases take a really good guess at the meaning of a word since you know it has something to do with books and writing.

Once you get a grasp on how Semitic languages work, you’ll quickly realise just how basic the grammar of spoken Arabic is.

Related: How to Keep Motivated Learning a Language

4. It’s one of the most relevant and necessary languages today

Arabic’s in the top 5 languages with the most number of speakers in the world.

There’s something like 300 million native speakers of Arabic which falls just behind English. Also, geographically it’s spoken natively from one end of Africa to the other and then right into the Asian continent.

And then when you consider how many Arabic speakers have migrated around the world you start to get an idea of just how hugely important it is.

Of course, then there’s the whole current politics of the Middle East thing which is super important and as a business language, the need for Arabic has really risen with the success of the Gulf countries like UAE.

Arabic is such a relevant and important language to learn and this is only going to continue to increase over the coming years.

5. There are lots of dialects to choose from – each one as rewarding as the next

The biggest point of confusion for people wanting to learn Arabic is which Arabic to learn.

There are so many different dialects and sub-dialects, and there’s the Standard Arabic dialect used in the media, politics and literature which a lot of language product companies focus their attention on.

The problem with most language products out there for Arabic however is that they only teach Modern Standard Arabic – a dialect that no person anywhere on earth speaks as a native language.

It’s a literary language that’s taught as a second language in schools to native Arabic speakers and even though most people understand it, it’s not something that they speak natively and naturally.

If you’re interested and want to learn Arabic, you should pick the country that most interests you and learn that local dialect.

That’s the language of the people and if you’re planning to make friends and immerse yourself, it’s where you really should focus your energy on.

The great thing is you have so much variety to choose from!

So many different dialects – each with a very different flavour and many of them (but not all) are quite mutually intelligible. 🙂

Some buddies and I here in the Middle East have recently put together a website to help people learn different dialects of Arabic. It’s called TalkInArabic.com and it’s the only website of its kind that exists just for spoken dialects.

If you’re interested in learning Arabic then check it out or follow me on my blog here.

If you enjoyed this post and you’re learning Arabic, you may well be interested in Talk in Arabic by a team of native speakers and Donovan Nagel of the blog The Mezzofanti Guild. They specialise in bringing you materials with a variety of Arabic dialects. Check it out here!

Have you ever considered Arabic as your next language to learn? Maybe you already speak it? I’d love to read your comments below!

Want to learn some Arabic? If you’re curious to learn some of the basics, then click below to download your free Arabic Starter Page.

When you do, you’ll be invited to join the Little Language Library, where you can get lots more Starter Pages for different languages for free!

More from my site 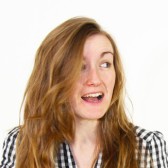 Lindsay Williams always had a curiosity for language. From spotting that most of the words on Italian road signs ended in vowels to actually wanting to order the baguettes on holiday in France, the warning signs were there. It wasn’t until Shakira released Laundry Service and she asked for a Spanish dictionary for her birthday to translate the Spanish on the album that things got what might be described as serious. Since then, Lindsay has gone on to study more languages than her fingers can count, including a degree in Modern Language Studies along the way. After founding Lindsay Does Languages to inspire independent language learners to go further when doing it solo, she now hopes it’s contagious.
View all posts by Lindsay Williams »

23 comments on “Guest Post: 5 Reasons Why You Should Learn Arabic As Your Next Language”

...and I do languages. Which is to say...I quite like them. I learn them, I teach them, and I share with you how you can do the same.

Hola! Bonjour! こんにちは! We use cookies to ensure that we give you the best experience on our website. If you continue to use this site we will assume that you are happy with it.OkRead more